A while ago I finished one more project with NativeScript. During the period of work with this framework I've accumulated some amount of…

A while ago I finished one more project with NativeScript. During the period of work with this framework I've accumulated some amount of solutions which are quite steadily used in almost every project I had worked on. Each of them allows to quickly solve some typical task. In this article, I would like to share some Angular directives that I use in my NativeScript projects.

Sometimes when you have a Label of specific size with some text on it, you expect this text to be vertically centered. And it really works this way on iOS. 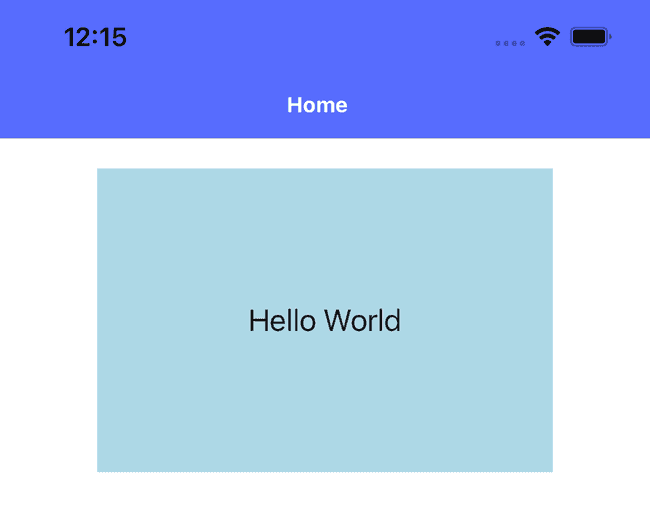 Unfortunately, on Android the result looks not so promising 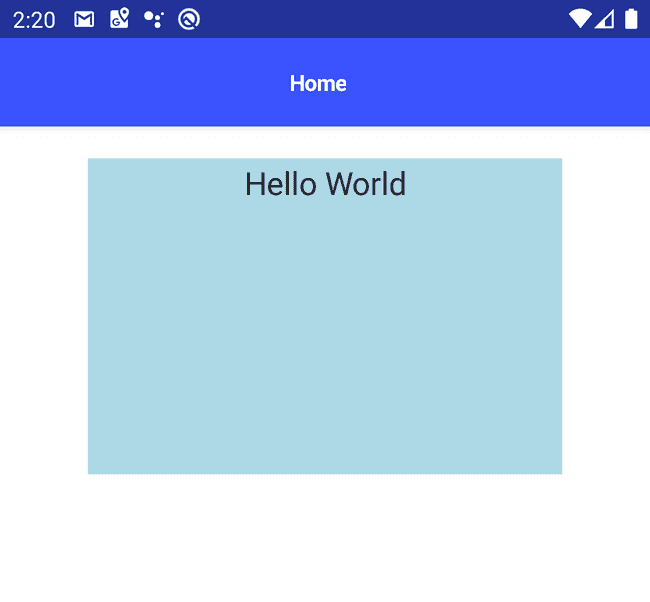 This can be easily changed by setting a "gravity" on the label. Gravity determines the object placement within a potentially larger container. So it could look something like this

and we will have text centered both vertically and horizontally.

However, in this case we do not take into account the horizontal text alignment which in general case can be different. So the full implementation of this directive could look as follows

Reading the textAlignment property of the label we define the horizontal text position also using "gravity".

Actually, the initial idea was to create this directive even more general with the ability to fully control the vertical positioning of the text. Unfortunately it appeared that this is not possible for iOS unless we change label's frame. You can read more about this topic here. Since it's not the flow we expect to get and taking into account that setting vertical alignment different from the central positioning is a very rare case I've left the implementation of the directive as it is shown above.

Another quite common case is when you need to handle tap actions not only on buttons but on some layouts. In order to provide good user experience these areas should be responsive and behave to some extent similar to the buttons. For such cases I've created a simple directive which allows to put an iOS similar effect to any Layout you want.

As you can see, it handles touch action and animates opacity of each child of the container it is applied to. Here you can find how it looks in action

Actually I use it for Android applications also since in most of my projects ripple effect is removed by design. However, if you need it - take a look at Alexander Ziskind's example of setting a Material Design Ripple Effect to your Views.

Do you often use images as tappable elements? Pretty often, I think. So do I. Despite images can be of different size, we have to stick to the Touch target guidelines. They state that target size should be at least 48x48dp for Android and 44x44dp for iOS.

So for such cases I've created a simple component (yeah, yeah, I know, we've talked about directives. I hope you'll forgive me this small deviation) which allows using images as clickable elements and guarantee the touchable area size

I prefer using svg icons for images so here I've used SVGImage component from the nativescript-svg plugin, however you can slightly modify the code to use simple Images.

Please note the iosOverflowSafeAreaEnabled="false" property. It is required to not break the icon layout if it is used close to the screen edges. Otherwise, the icon container can be stretched what is not the behavior we expect.

and be sure that your users have enough space to tap on your icon. Additionally, you have width and height params that allow you to manage your touch area size directly.

SearchBar is a big headache for me and usually I prefer using some custom-composed element instead of a native SearchBar since it is difficult to stylize. However, it has an interesting feature which can be useful in some cases and useless in the others. What feature am I talking about? If your page contains SearchBar on Android it will automatically be focused and keyboard will be triggered. In some of my projects such behavior provided not so good user experience, so I had to find the way to disable it. Actually, it can be disabled very easily by calling clearFocus on the android SearchView after it was loaded. Thus, I implemented a directive and this logic could be effectively applied in places where it is required.

In this article I've shared several examples of solutions that I take from one NativeScript project to another since they solve some commonly arising tasks. I want to emphasize that each of them was based on the Angular techniques, so they are not straightforwardly applicable i.e. for the NativeScript Vue project. However, the general ideas shared between frameworks are usually very similar, so I think the information from the article was helpful for you in any case.

I've optimistically added #1 to the article title since I think I have other similar solutions to share and more will appear in the future, so I'm going to continue this series. I appreciate if you share your feedback and suggestions in comments under the article.

In addition, I'd kindly ask you to vote which topic from the listed below could be the most interesting for you, and I will share it first.

Sergey is a full stack developer, speaker, and teacher who has been focusing on NativeScript over the past several years.

Next: Add Custom Sounds to your Push Notifications

In mobile app development, one of the most effective engagement tools is notifications. Notifications allow you to increase app retention…