Have you been trying to run a NativeScript app in an iOS simulator other than iPhone 4s? There is a sorely missed parameter on the run and…

Have you been trying to run a NativeScript app in an iOS simulator other than iPhone 4s? There is a sorely missed parameter on the run and emulate commands that specifies what device to simulate. While the NativeScript team is busy working on more important features as they get closer and closer to version 1.0, here are some tips on how to get your app in an iOS simulator on any of the available simulated devices.

To use these device names, wrap them in double quotes on the command line.

To run your app in the simulator

To debug your app in the simulator

As of version 0.9.4 of the NativeScript CLI, there is an option to pass in the device to the simulator. They're moving quickly!

If you're still interested in the commands executed behind the scenes, read on...

Let's say your project is named showmeoniphone6 and you've already added the iOS platform and built the project using the standard methods. See here if you're new to NativeScript or need a refresher. The command below are executed at the terminal on a Mac. When you run the iOS simulator on your app, you get the iPhone 4s simulator by default.

The iPhone 6 simulator should show up on your screen. If you want to see a listing of all the available devices, execute the following command:

Check the emulator for your installed app, it should be there on one of the screens. You might need to scroll through some screens, depending on what you have installed. 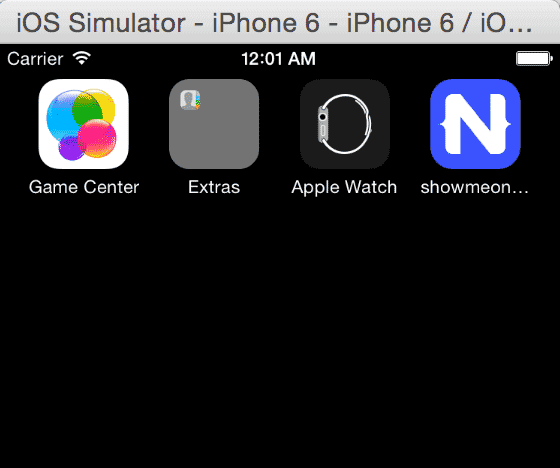 The parameter org.nativescript.showmeoniphone6 is the bundle id of your app, so replace it with the correct name.

Note: you can combine all these commands into a script and save that in your project directory for easy execution whenever you need to run the simulator to test your app.

This method is not as interesting and requires you cracking open the old Xcode, but here you go. It's also quite a bit slower. 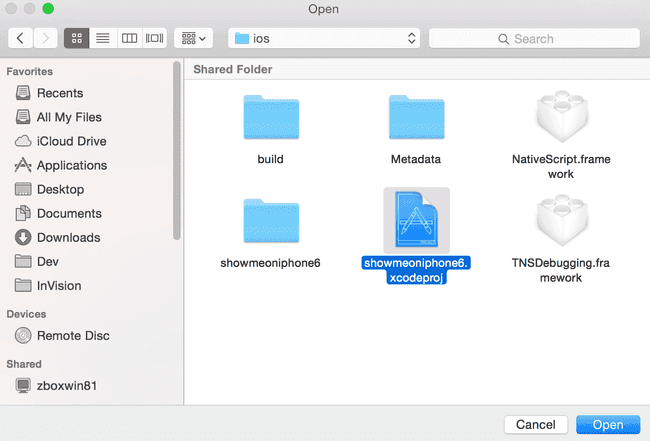 I'm sure that the NativeScript team will have this minor detail working in no time, but for now these steps should be helpful for anyone who's wondered how to simulate iOS devices other than iPhone 4s.

NativeScript is a shiny new cross-platform mobile development framework that I'm exploring and comparing to existing frameworks. One common…

Next: Using Native Libraries in Your NativeScript Apps

When developing a NativeScript app, you might run into a situation where you really need to use a native library that's you've already…