When developing a NativeScript app, you might run into a situation where you really need to use a native library that's you've already…

When developing a NativeScript app, you might run into a situation where you really need to use a native library that's you've already written, or a library that someone else has already made available as an open source project, for example. Should you rewrite that library or framework in JavaScript or create a new NativeScript module? Well, you certainly could do that, but the good news is that you don't have to. NativeScript has this neat little feature that allows you to import an existing native library and call it from your NativeScript app. This post will show you how you can use a native iOS library in your own app.

I've updated the companion code in the GitHub repo for NativeScript version 1.0.1 and included the lib folder for those who just want to download and try out the app right away.

Yes, you read that right.

You can call your native objects with JavaScript.

Not only can you do this for the standard frameworks that come with iOS and Android, but you can use your own as well. I will show you how to build and configure the framework for iOS using Xcode and how to import and call the library form your NativeScript app. There are a few things that could trip you up and I will make a note of these items in the appropriate sections.

I've prepared a sample for you that you can download from GitHub and try out for yourself. The sample Xcode library is a temperature converter that converts between Celsius and Fahrenheit and vice versa. The steps below will refer to this sample, so if you download it you'll be able to follow along easier. Here is the sample.

Preparing Your Own Xcode Library

Let's say you already have an existing code base that you wrote and you want to reuse it in your NativeScript app. In the sample that I provided, there is an Xcode project that is set up correctly. All this sample does is convert Celsius and Fahrenheit temperatures. Here is what the header code looks like to give you an idea. 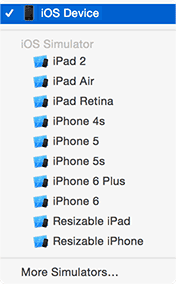 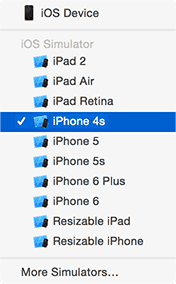 Another scenario is you found a cool library that someone else has written and you want to use it in your app.

Note: For an example of using an existing iOS library in your NativeScript app, see my post on using NativeScript with Azure Mobile Services part 2.

Importing and Using the Framework in Your App

Once the library (or framework) has been built properly and is the correct project type, you can import it into your NativeScript app and use it. The sample download includes a demo NativeScript app that uses the TemperatureConverter library. Familiarity with creating and running NativeScript apps with the CLI is assumed, but if you need a refresher, start here. 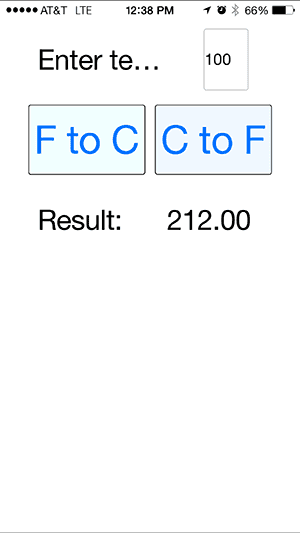 As you can see, there are a few gotchas here that can potentially trip you up, but if you follow the steps outlined in this post, you should be fine. Have fun using your libraries. Remember that NativeScript is still pre-release, so if something isn't working and it should, take a step back and remove the iOS platform folder and the library folder, add them back in, and try again – your problem might be fixed.

Have you been trying to run a NativeScript app in an iOS simulator other than iPhone 4s? There is a sorely missed parameter on the run and…

In this continuation of the topic of using NativeScript with Azure Mobile Services, I show how you can use the open sourced iOS library that…